UGANDA TOURISM BOARD WELCOMES 230 ISRAELI TOURISTS ABOARD FIRST EVER DIRECT FLIGHT FROM ISRAEL TO UGANDA SINCE 1976. 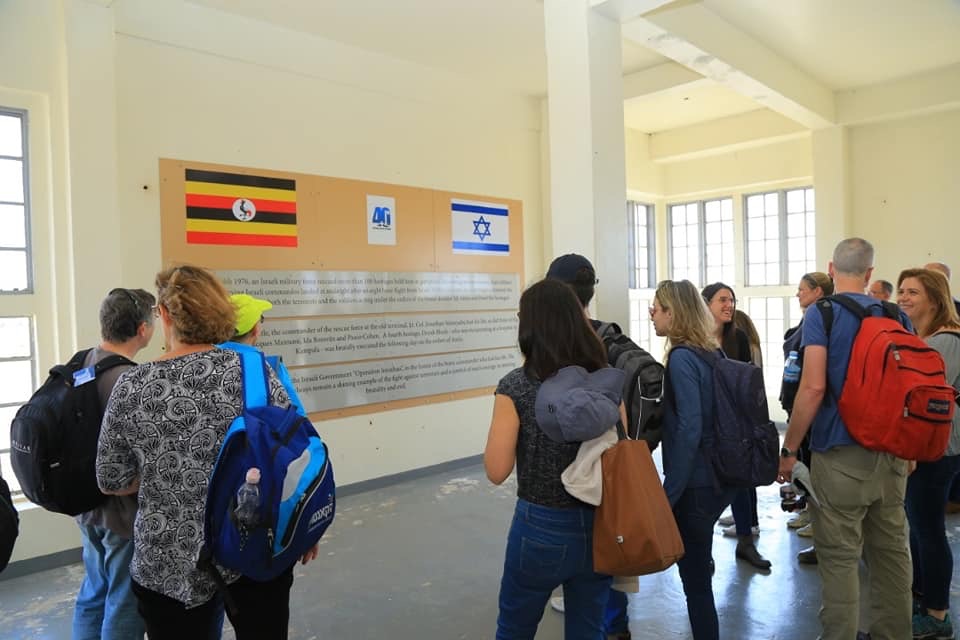 Kampala, Uganda. February 13, 2019. The Uganda Tourism Board has today welcomed a group of 230 Israeli nationals who are in the country for a 3 day tour of Uganda. The tourists came aboard a direct chartered flight - from Israel to Uganda, the ELAL flight; the first direct flight from Israel to Uganda since the 1976 ‘Raid on Entebbe’.

Commenting on the trip, Ms. Tali Yativ, the organizer and team leader of the group said that this was a first of a kind tour for the group.

“This trip is a first of its kind for us and we are looking forward to a great experience in Uganda. We are mostly pleased to see the tourist site of the Uganda old airport tower where a group of Israelis were held hostage by Uganda’s former president. We however look forward to touring more of Uganda over the next few days” Yativ said.

The group is in the country until Saturday, February 16, 2019 and will be visiting the Murchison Falls National Park, the Jewish community in Mbale and various sights in Jinja including the source of the Nile.

UTB outgoing CEO Mr. Stephen Asiimwe said that this was a remarkable development in the sector and the results of this trip will be key in increasing the number of Israeli visitors to Uganda.

“We are positive that this visit will attract more visitors from Israel and the rest of the world. The two countries have a shared piece of history and we hope to strengthen our travel trade in order to increase the number of Israeli tourist coming to Uganda,” Asiimwe said.

On a similar note, the Minister of Tourism, Wildlife and Antiquities, Hon. Prof. Ephraim Kamuntu is leading a delegation from the Uganda Tourism Board and tourism private sector players in Tel Aviv, Israel to participate the (ITTM) International Mediterranean Tourism Market; a key activity aimed to foster travel trade between the Israel and Uganda.

Israel has a population of about 8 million people and a GDP of $400 billion and per capita income of about$40,000; which Asiimwe says is a good market to tap into.

Additionally, a group of Presidents of major American Jewish Organizations are currently in the country as part of a national leadership delegation to Uganda. They will today be hosted by the Uganda Tourism Board to a cultural experience by Ndere Troupe at the Kampala Serena Hotel. According to Mr. Stephen Asiimwe, the group has been engaged in dialogue on investment in the tourism sector and also a repeat visit to tour Uganda.