The Uganda Tourism Board (UTB)team led by Lilly Ajarova on 5th January 2023 joined Jackline Nyiracyiza Ag. Commissioner Museums and Monuments at Ministry of Tourism Wildlife and Antiquities to visit the historical Nyero Rock Paintings in Kumi district, Eastern Uganda. The host team included Kumi district officials lead by the Resident District Commissioner Ahmed Washaki and commubities adjacent to the Nyero rocks.   The visit aimed at raising awareness of the significance of the rocks as well as inspection of the site. The rocks are a unique pre-historic painting that have enriched the identity of the Iteso of Eastern Uganda and Africa as a continent. The paintings offer values of inspiration, decorative art and inscription on natural isolated inselbergs in landscapes with beautiful scenery for visitors to enjoy; making them a priceless treasure.

Uganda Tourism Board CEO, Lilly Ajarova emphasized the need to promote the rocks as a key cultural heritage to both Ugandan and international visitors. She emphasized the need to sensitize communities living near areas of ridge rock art heritage across the country for purposes of conserving them, not only for Ugandans but the world at large.

During the inspection exercise, Ms. Jackline Nyiracyiza Ag. Commissioner Museums noted that in Uganda, there 650 tourism sites of which 56 being rock paintings, engravings and gongs. The Nyero rocks are known to be some of the oldest and most documented rock paintings in Uganda.

The Resident District Commissioner Kumi District, Ahmed Washaki was happy with the inspection exercise. He explained that the rocks were a ‘must- see’ when it comes to the tourist attractions in the country. “As the local community in Nyero, our responsibility is to protect the rocks and preserve them for the future generation,”he added. The RDC also suggested ways of marketing the site like the need to invest and generate income.

The Nyero rock paintings visit brought about joint discussions on promoting cultural heritage sites as there is great opportunity for investment. UTB, Ministry of Tourism, Wildlife and Antiquities, alongside other tourism entities will work hand in hand to improve the industry by ensuring that future actions respect the site values and derive intellectual inspiration from the ancestral past. 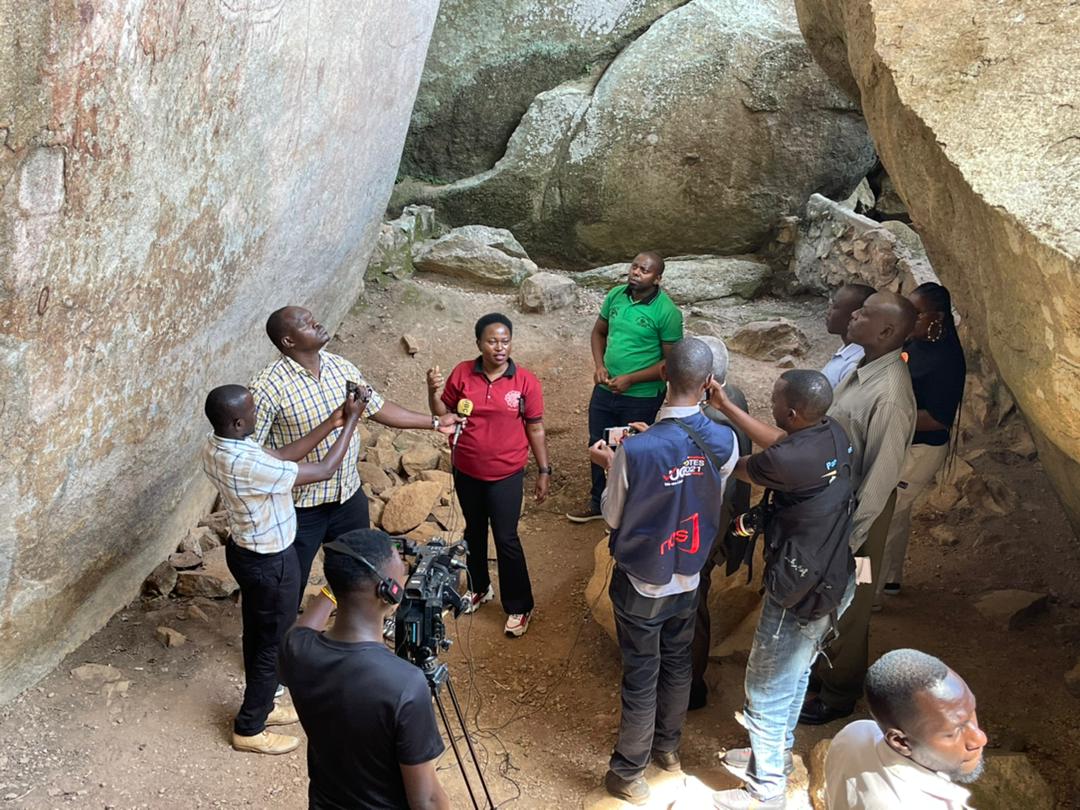