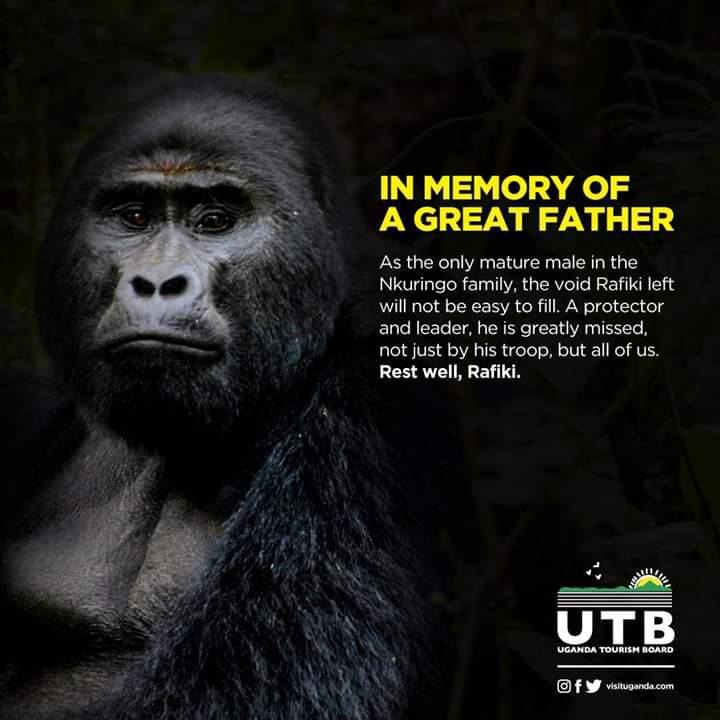 Byamukama pleaded guilty to three counts of illegal entry into a protected area, killing a gorilla and a duiker. The Chief Magistrate His Worship Julius Borere sentenced him to 5, 6, and 5 years respectively to be served concurrently.

In a second case file, Byamukama pleaded guilty to counts of killing a bush pig, being in possession of bush pig and duiker meat for which he was sentenced to 5 years on each count, to run concurrently after serving the first six years on case file one. Therefore, he will serve a total of 11 years in prison.

Byamukama Felix a resident of Murole village, Nteko Parish, Nyabwishenya Sub County, Kisoro District was arrested on June 4, 2020 following the death of Rakifi a Silverback of Nkuringo group and was found in possession of bush pig meat and several hunting devices including a spear, rope snares, wires snares and a dog hunting bell that were recovered from his home. His three colleagues Bampabenda Evarist, Museveni Valence and Mubangizi Yonasi denied the charges and were remanded to Kisoro prisons.

The Executive Director UWA Sam Mwandha welcomed the court’s decision saying that Rafiki has received justice. “We are relieved that Rafiki has received justice and this should serve as an example to other people who kill wildlife. If one person kills wildlife, we all lose, therefore we request every person to support our efforts of conserving wildlife for the present and future generations” Mr. Mwandha further says that the new law (Wildlife Act 2019) is tough and that anyone involved in illegal wildlife activities will face the wrath of the law.

On June 1st, 2020, Rafiki, the silver back of Nkuringo gorilla group was reported missing in the group and on June 2nd, 2020, our team mounted a search for the missing silver back. The body of Rafiki was found in Hakato area inside BINP.

UGANDA TOURISM BOARD
Lugogo House,
Plot 42 Lugogo Bypass
P.O. Box 7211 Kampala, Uganda
Due to out break of Covi9-19, in response to Ministry of Health guidelines and Presidential directives physical visits to UTB are not allowed untill further notice.