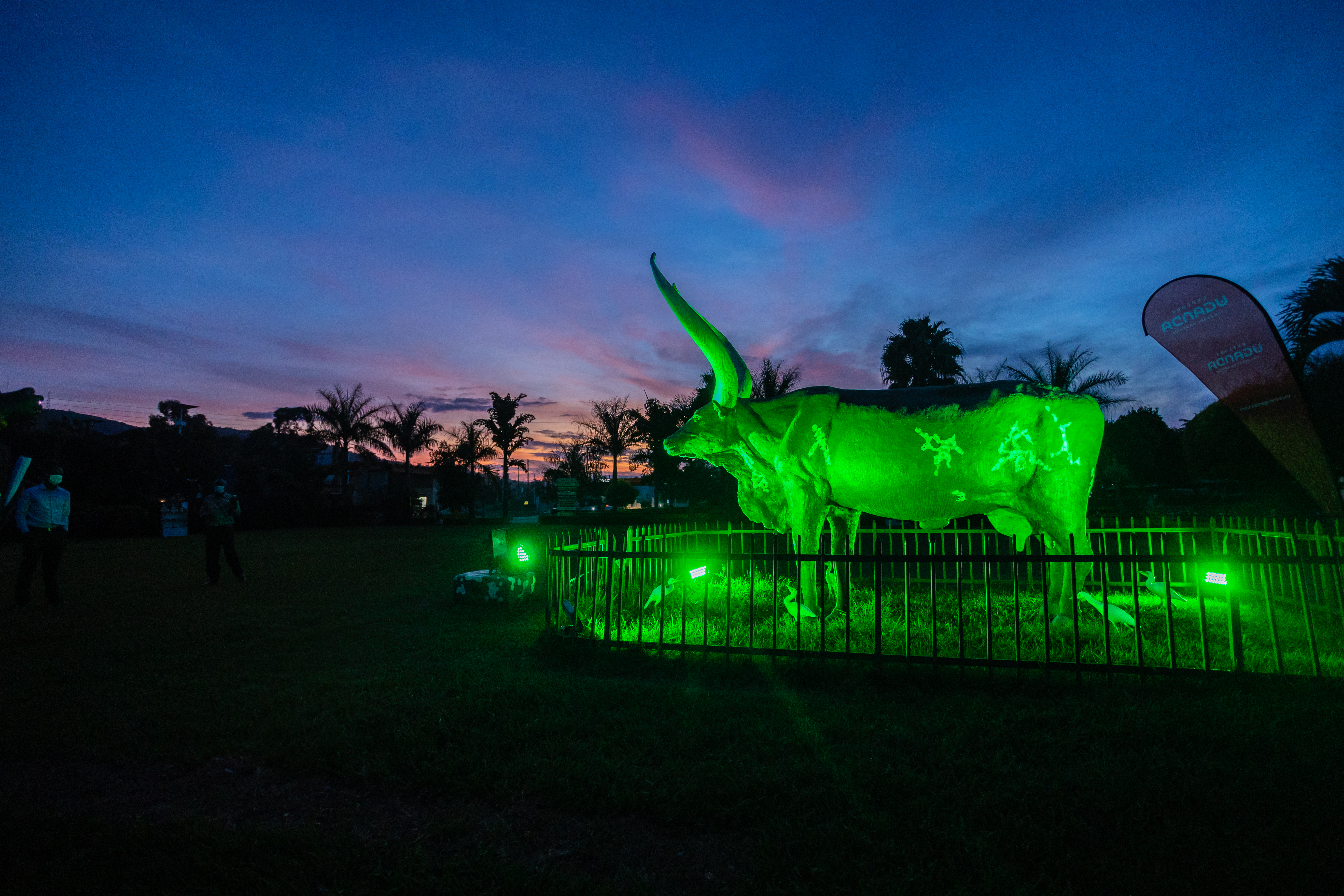 Kampala, Uganda. 10 March, 2022. The Embassy of Ireland in Uganda and Uganda Tourism Board (UTB) have today March 10th kicked off St. Patrick’s Day events in Uganda by greening the Independence Monument along Speke Road, Kampala as well as the Amahembe g’ente (Horns of the Cow) at Igongo Cultural centre in  Biharwe, Mbarara city. The two tourist sites will be illuminated green from today until Sunday 20th March, 2022.

These two monument were selected because they represent some of Uganda’s unique and iconic landmarks and monuments. In the previous years, the Embassy and UTB have greened the Equator Monument in Kayabwe, the Jinja Nile Bridge in Jinja and the Igongo Eclipse Monument.  The greening event is geared towards bringing awareness of Uganda’s tourist attractions to the global scene.

This year’s greening ceremony will mark the eighth year Uganda is participating in the Global Greening initiative that kicked off 12 years ago globally and has seen more than 300 famous landmarks and iconic sites all over the world go green like the Pyramids of Egypt, the Great Wall of China, Table Mountain in South Africa, among others.

Commenting during the Greening launch event, UTB CEO, Lilly Ajarova said, “This joint celebration of the greening initiative is part of our long-term working relationship with the Embassy of Ireland. The initiative has supported Uganda to showcase her unique tourism offerings to the International community while also strengthening our collaborative ties with Ireland; which is one of our key source markets for tourists.”

She added, “We chose to have St. Patrick’s Day celebrated at these two monuments because they are iconic monuments and landmarks that echo the uniqueness of Uganda as the Pearl of Africa. The Independence Monument tells a lot about Uganda’s Independence now that we will be celebrating 60 years of Independence, whereas, the Igongo cultural centre long horns of a cow monument depicts the unique cultural and historical story of Ankole.

Ambassador Kevin Colgan said, “The Embassy of Ireland and the Irish people are glad to partner with Uganda Tourism Board again to mark St. Patrick’s Day by greening these two uniquely Ugandan monuments. The Global Greening campaign has been a continued success for St Patrick’s Day across the world. We are happy to shine a light on Uganda’s amazing tourism sector – in this case a green light. Uganda is a country with amazing potential.  The Independence Monument is one of the most important pieces of Uganda’s heritage.  The Horns of the Cow monument at Igongo Cultural centre in Mbarara clearly speaks of the uniqueness of Uganda and the Ankole people.”

St. Patrick’s Day is a cultural and religious celebration held on 17 March, the traditional death date of Saint Patrick, the foremost patron saint of Ireland. Saint Patrick was a fifth-century Romano-British Christian missionary and bishop in Ireland. The day commemorates Saint Patrick and the arrival of Christianity in Ireland, and celebrates the heritage and culture of the Irish in general

Positioned in the heart of Kampala City at Speke Road, with an elevation of 6 metres. The Independence monument is an iconic sculpture and landmark that portrays the centre where Uganda received her Independence 60 years ago on 9th October, 1962. This elevated monument signifies a new born country that has been set fee.

Located in Mbarara City at Igongo Cultural centre. The long horned cow statue natively called, “Amahembe g’ente” signifies a symbol that Mbarara and Ankole region as a whole is truly the land of milk and honey.