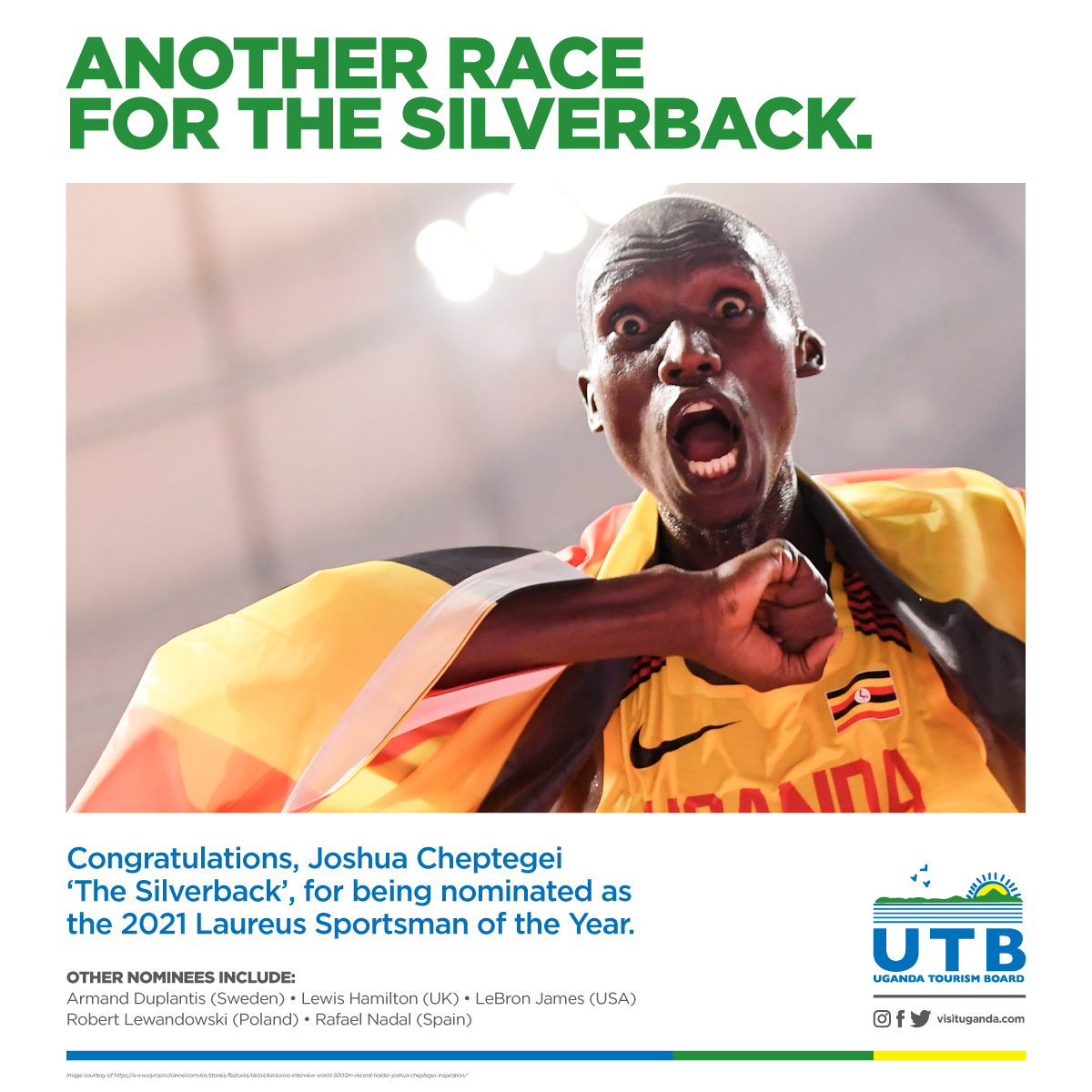 Kampala, Uganda.  The Uganda Tourism Brand Ambassador Joshua Cheptegei has been nominated for the Laureus World Sports Award for Sportsman of the Year 2020.

The Laureus World Sports Awards is an annual award ceremony honouring individuals and teams from the world of sports along with sporting achievements throughout the year. It was established in 1999 by Laureus Sport for Good Foundation founding patrons Daimler and Richemont.The awards are considered highly prestigious and are frequently referred to as the sporting equivalent of "Oscars".

Cheptegei, who recently made history by breaking the world record in the men’s 5,000 metres during the Diamond League Athletics Meeting at The Louis II Stadium in Monaco on August 14, 2020. In so doing, he broke a 16-year-old record set by Kenenisa Bekele of Ethiopia in 2004.He also holds four other world records in 5km, 1.5km, 5,000m, and 10,000m.

The official Twitter handle @LaureusSport wrote this about Cheptegei: “2020 was a phenomenal year for Joshua Cheptegei. The Ugandan long-distance runner became just the 10th man in history to hold the 5,000m and 10,000m world records at the same time. An inspirational athlete now nominated for the #Laureus21 World Sportsman of the Year Award”.

On Thursday 11th February 2021, Uganda Tourism Board and Joshua Cheptegei entered into a one-year partnership that leverages his stardom, his love for Uganda and the wide number of platforms available to him, to promote and market Uganda as a preferred tourism destination for both domestic and international tourists.

As the destination’s Global Tourism Ambassador, UTB shall collaborate with Cheptegei and provide support towards his athletics activities at both the domestic and international level and in turn, earn his support and access to his platforms to promote brand destination Uganda.

The role of sports, sportsmen and sports events has been evolving over time; they are increasingly used as marketing strategies to help promote, position, and brand destinations and in so doing generate economic benefits.

With the continued exposure given to Joshua Cheptegei as his star continues to rise, we believe that Brand Uganda will increasingly attract more eye balls both in organic search, increased brand awareness and interest in our tourism destinations.