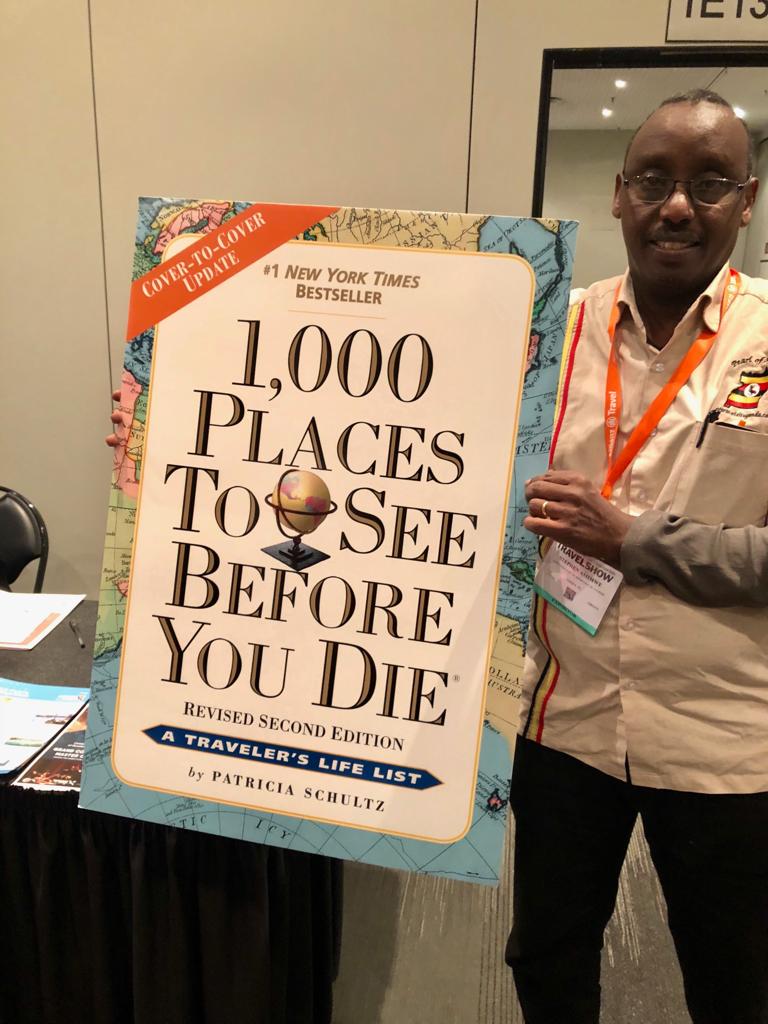 Kampala, Uganda.  Uganda has been named in the top list for 1,000 places to see before you die by acclaimed, respected, prolific and best seller travel writer Patricia Schultz at the just concluded New York Times Travel Show in New York, USA.

Uganda was number 12 on the list, making it to the August calendar.

Excitedly commenting on the same, UTB outgoing CEO, Mr. Stephen Asiimwe said, “That is a breakthrough. Out of the 1,000 Uganda made it the top 12 in the calendar. We are steadily positioning Uganda as a preferred tourist destination in Africa and soon we will have a bigger share of international tourists visiting Africa.”

The article highlighted Uganda as a primate destination; boasting of over 54% of the world’s remaining gorillas.

The New York Times Travel Show; considered the biggest travel show in North America brings together over 550 exhibitors from over 170 destinations; making it an opportune event in which to market Uganda to the US.