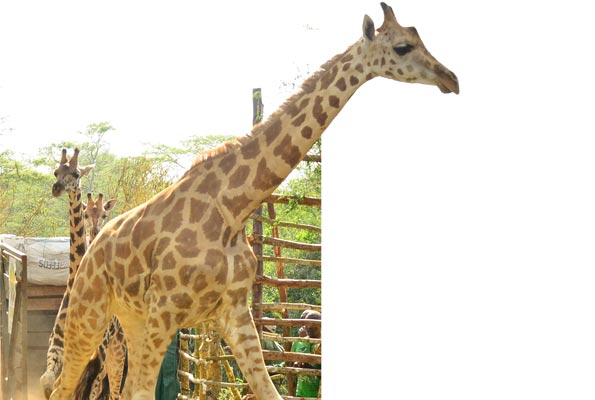 Not until mid-2015, Lake Mburo National Game Park was one of Uganda’s best hidden ‘animal planet’. But for a park that is closest to Kampala, the capital city, between Masaka and Mbarara districts, Lake Mburo should have been one of the most celebrated.
Unfortunately, it is the fourth most visited national park, after Queen Elizabeth, Murchison falls and Bwindi national parks respectively. Of the four parks, Lake Mburo in Kiruhura District – also known as the “Whispers of the Wild” - is nearest to Kampala; only 253km. Queen Elizabeth is 389km, Murchison falls (305km) and Bwindi 512km.

It is the biggest home for zebra in Uganda together with impressive populations of impala, eland, buffalo, oribi, defassa waterbuck, leopard, hippo, hyenas, topi and redbuck.
The well documented journey of 15 Rothschild giraffes in June from Murchison Falls National park in Nwoya District, northern Uganda changed the fortunes of the park. All of a sudden it has opened its beauty to the world.

Dr Andrew Sseguya, the executive director of Uganda Wildlife Authority said the relocation would shoot three birds with one stone; decongest Murchison Falls, where giraffes compete for food, add diversify to the Lake Mburo, and lastly to have animals feed on the outgrowing acacia trees in this park which are now scaring away some animal species from the park.
When animals leave the park because they do not like dark places, they instead go to people’s ranches creating conflicts between animals and people in the area.

“Acacia is good for giraffes, as well as elephants,” he said.
Upon arrival in the park, a boma was created for the giraffes to ensure they adjusted well in the park. Surprisingly, like my guide Moses Matsiko, who met me at Sanga Township would later say, the giraffes have never returned to the boma where they were held before they were released to the wild.

“They regard it as a prison,” he adds.
The moment the long necked animal entered Lake Mburo, even locals got excited.
“Locals have started streaming into the park to catch a glimpse of the majestic walking animal,” said Christine Lynn Nakayenze, the warden in-charge of tourism at Lake Mburo National Park. Nakayanze who started her career in wildlife 15 years ago at Kidepo National Park has been at Lake Mburo for the last three years.

Sanga is one of the three routes into the park. The other routes are through Nshara Gate, which is 29km to the park and a new one at Igongo Cultural Centre in Mbarara. Sanga is the shortest, only 23km from the Masaka-Mbarara highway. It is also a fast growing township, possibly benefitting from the ripple effects of tourism.
Sanga Township also makes Lake Mburo accessible with its easy means of transport (special hire and boda bodas) for those using public means. It is a blossoming trading centre waking up to the opportunities tourism brings to the area.

The Night drive
At Lake Mburo, Matsiko advised that we first check in at the UWA old headquarters at Rwonyo (UWA is building brand new offices in the park), and have dinner a kilometre away from the UWA’s 15 tents and 10 bandas on the shores of Lake Mburo.

After dinner at the UWA-run restaurant overlooking the lake, with hippos wandering freely, my colleague and I jumped on a truck for the night drive.
“Get yourself a jacket,” Matsiko advised, “the night drive can be cold.”

The night game drive, one of the products the park offers, is one of the most interesting activities you can do while in this animal haven. The other activities are nature walks, camping, sport hunting and boat rides.
Matsiko, a good conversationalist, had already mapped out what exactly to do in the night. He has been in this park for about 15 years and therefore knows where to find which animal and what time.
“Be ready for surprises,” he says. “We don’t direct animals where to be, but, they have their preferred places. Maybe we can see them tonight.”

He did not talk about giraffes, much as it was all I wanted to see. I had seen many other animals even before stepping into the gate, but, giraffes were not anywhere in sight.
Lake Mburo is famously called the “Whispers of the Wild”. It is indeed at night the name becomes prophesy.
Deep inside the park, Matsiko tells stories about the animals.

“The group of hippos is called a school. The head of a school is a bull”, he says.
Matsiko who carried a spotlight also said it is very easy to spot animals in the night with a flashlight.
“When light flashes into an animal’s eye, it bounces back.
When you flash into a group of animals in the night, you might think you are looking at stars on the dark sky. You can also tell herbivorous from carnivorous.

“Grass eaters have green eyes, and meat eaters have red eyes.” The antelopes, zebras and warthogs are common sight, they gather in herds where they find safety in numbers.
Birds flew past us. Lake Mburo is home to several bird species.
“The big prize of the night is the lone lion,” Matsiko said.
We could, however, not see the lion even as we drove for two and half hours into the dead end of the park.

After all, it could be anywhere on the 371 square kilometers the park occupies - anywhere between rivers Akagera in the south and Katonga in the north.
“They were two lions, but, the locals killed the lioness, leaving the male alone. Occasionally, it appears. But, it goes about the park as it pleases,” he says as we drive past a herd of buffalos.

“The park was much bigger than this,” he says, “It now occupies only 40 per cent of its original size.”
Pastoralists in Kiruhura District with flourishing cattle ranches wanted more land to graze so they took the 60 per cent.
The animals, however, do not know boundaries, they still go to private ranches, some of them, and particularly dangerous ones like the female lioness which lost its life.

“Some locals appreciate the game park, and don’t mind the animals. They call us when dangerous ones evade them,” he offers, before narrating how he found a python eating an impala and recorded the entire process on camera.
Read More