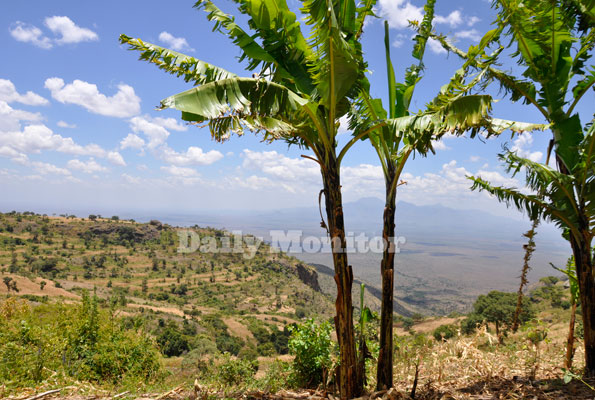 Kapchorwa, Uganda.- Tourism haven. The countryside offers moments, experiences and a natural ingenuity. If you appreciate landscapes, Kapchorwa is one of the places to visit When asked what her best experience was, one of the senior female colleagues said it was the smell of soil after a downpour. There are a few little things in life we just do not take notice of. Well, the countryside offers moments, experiences and a certain ingenuity that is as natural as the smiles of children.

Kapchorwa leaves such lasting impressions. 10 years ago, I got chance to visit the eastern town, with Actionaid International Uganda (AAIU) during a campaign dubbed Get on Board, which among others, drummed up efforts to sensitise locals about the need for food safety. Up in the mountain, we met the Benet, a community, who live approximately 100 metres at the peak of Mount Elgon. We arrived in the evening when the sun had sunk into the clouds and darkness covering earth.

The team leader challenged us to climb the mountains to the community and as we climbed, it became chillier. On arrival among the Benet, we noticed they covered themselves in layers of cotton and wool to keep the cold at bay. That was in 2005.

Ten years later
Late last year, I went back to Kapchorwa. For work again. This time, documenting women empowerment. There I met a group of women, Kaserem Village Savings Group, who have used Shs500 to turn around their lives.
They save Shs500 per week and through their concerted efforts, have been able to take strides in realising their dreams. They sit at the roadsides with their merchandise waiting for customers every evening.
On the sidewalks of documenting these inspiring stories, I could not help but appreciate life at a slower pace and what Kapchorwa could do with its natural beauty and tourism potential.

There are the long winding tarmac roads by which locals can been seen packing food items such as maize onto trucks, or others carrying hoes on their backs on the way from gardens from deep valleys. The gardens from up the road are a beautiful scenery of golden corn and green maize plantations. There folks who live on the escarpments
In the evening, school-going children take their time playing on the roadsides and on the road rails which should be protecting them from falling off the road. Other locals are busy directing donkeys carrying jerrycans of water or farm produce.

Kapchorwa, home to the Sabiny, is also home to Sipi Falls, which you can see from a number of viewpoints, in its white water series right at the edge of Mount Elgon National Park. Sipi River Lodge is one of the viewpoints for the falls. You can do this at the lodge’s gardens as you sip on a beer, tea or bite on a snack.
If you appreciate landscapes, Kapchorwa is one of the places to visit. Otherwise, someone with an eye for beauty and with some good money, would see an investment opportunity up the eastern district. I’m far from retirement but I already have ideas.

Interesting facts about...
Kapchorwa is a district in the eastern region of Uganda. The district is bordered by Kween District to the northeast and east, Sironko District to the south, and Bulambuli District to the west and northeast. The district headquarters at Kapchorwa, which means “home of friends”, are located approximately 295 kilometres northeast of Kampala. Under the colonial administration, Kapchorwa District was Sebei County, located in North Bugisu in the now defunct Bukedi District. Kapchorwa was granted district status on 1 February 1962, shortly before Uganda became an independent country. Kapchorwa District is home mostly to Kalenjin peoples, including the sub-groups Sabiny, Pokot, and Nandi.